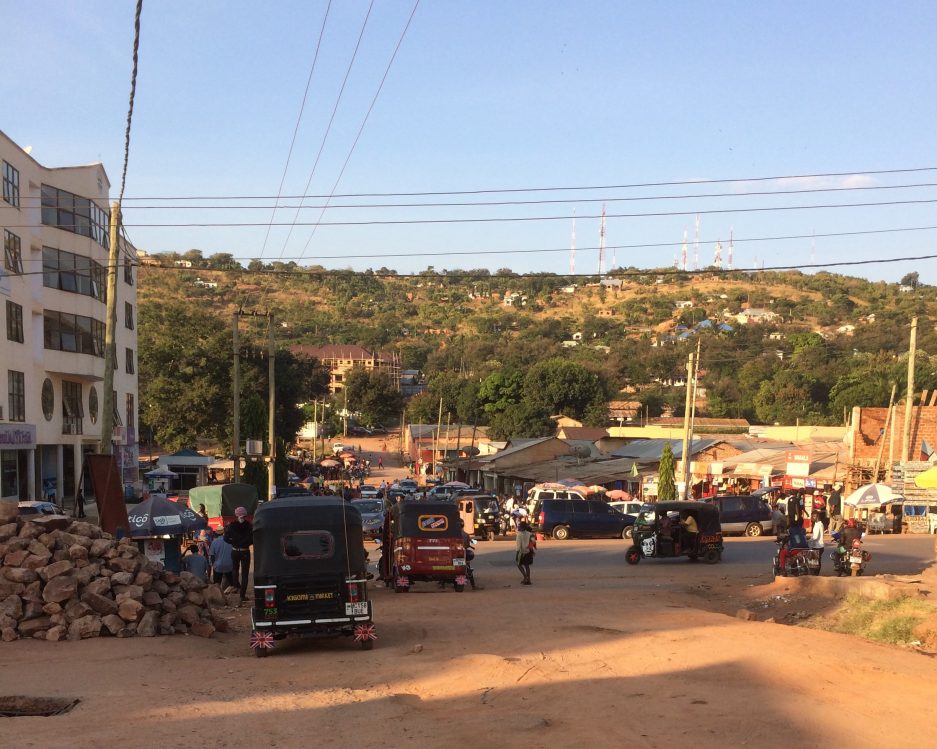 This was originally published here on ethnography.com in April, 2012. Why did you choose to get a PhD (or not)?

I got to spend some time with a friend recently that decided some time ago to restart her PhD work.  She is already ABD, but is starting the dissertation over from scratch.  My question was “Why?” She is a well-respected professional, and within the her field a PhD will likely be of limited benefit professionally compared to the mountain of work ahead of her, not to mention the expense involved.

In the course of the conversation I was reflecting on my own choice to not get a PhD and thinking that it might provide food for thought for a larger audience. Not to mention the pitfalls of getting to attached to getting one.

When I started my graduate work in anthropology, I had the same expectations as most people: I thought I would wind up teaching at a university or maybe in some kind of think tank. Rather than going directly into a PhD program (I already had a B.A and MS.Ed in other areas), I chose what was then a terminal master’s program at the University of South Carolina. I thought at the time, doing a MA first would enable me to get into a better PhD program, in reality I don’t think it makes a difference either way. Future graduate students should also take note USC now has a full-fledged PhD program that started several years after I finished my M.A.  Well, as time went by, my interests and goals evolved.  Not an unexpected thing to happen as you spend a couple of years learning about the in’s and out’s of a discipline. Looking back, I believe that one of the most significant course changes was when I decided that I was more interested in applied work rather than working in academia. I won’t mince words, once it got around the department that I was not planning on pursuing an academic path, it felt like I was pretty much dropped like a hot rock as far as most of the professors were concerned.  One professor [to remain nameless] didn’t mince words either, she told me flatly that any student that was not planning on a professional academic career as an anthropologist should not expect any interest on the part of the instructors. My thesis advisers promptly dropped any interest in my thesis work as well, and it shows. Before you think it was awful, I am talking about significant small moments in time that occurred during my grad work, not the entire school experience. I got an excellent education, I had some great instructors and I would go back to South Carolina again.  At that time, quite simply, applied anthropology as looked down on as well as only getting an MA. Things have become considerably more enlightened in the discipline overall since then.

Compounding the issue of being primarily interested in applied work, my research interests in two divergent areas were not seen as worthy of anthropology: One was the area of intentional violence. My graduate thesis was based on intensive research with a prison population, and that evolved into interest in two areas: terrorism on the one hand and serial homicide on that other. Both of which I was curious to see if they could be studied almost as a cultural language or the semiology of the acts. The second was in a totally different area; due to my long-standing technology interests (I had always put myself through school as a computer jock) I was becoming much more interested in the intersection of culture and technology. It turns out that the latter interest would serve me very well later in ways I never imagined.

But given all that, I STILL wanted that PhD.  Why?Well, as it has and had for so many others it became for me the difference between success and failure.  I was $150,000 in debt and looking at more, I had years of education behind me and more to go.  To me, getting those three little letters was the difference between being a legitimate scholarly person and a nobody.  I got so nutty about it that I wouldn’t even date someone that was not getting some advanced degree (That stupid arrogance likely cost me some excellent relationships.). A PhD was a ticket too studying the topics I wanted, a life of scholarship and (the applied part) once I got the ticket, I would be able to pursue applied endeavors at will.  Yes, I was indeed blind to how the life of a university professor really looks.

So what happened? Shatteringly, but in reality lucky for me in the long run, I did not get into my first two choices for a PhD program, but was accepted to the applied PhD program at the University of South Florida. Given my interests were then more fringe topics, there was no one there that was doing work even remotely related and I was concerned I would be suffering from a real lack of mentor-ship.  Also, the connections you make in your PhD program can be very important when job hunting, having dissertation advisers that can make introductions later was a concern.

Then, the proverbial last straws. I went to a AAA meeting and on the job board were four or five lonely looking position announcements for very low paying positions (as they usually are), seeking scholars of a few countries in Africa. The next factor was watching from a distance as the USC anthropology department was fielding applications for a new position. There were not dozens of applications – there were hundreds, and from people with long publishing histories, all from the top tier programs at the time.

I realized quickly after that I could not justify continuing on with more graduate school. The math was fairly stark: Endure additional crushing debt load, to take that fairly small chance that I might get the job I want, at a salary that would barely cover my debt, rent and food, in an environment that I really didn’t like all that much.

Understand, I was never much for the publish or perish game, or the nasty politics that can emerge in academic departments, so I was ill suited to the profession anyway.  But that is not the reality I was thinking about at the time. I remember the moment I knew I was going to quit pursuing the quest for a PhD.  It was devastating.  I called up a friend of mine that had made the same choice after going ABD and bawled my eyes out.  “It has all been a complete waste,” I told her, “All the years, all the work, all the money has all been flushed down a toilet and I have nothing to show for it.” I don’t remember what she said to be honest.  I am sure it was supportive and reassuring and none of what I was thinking was true.

I can tell you this much: all of the thoughts I had about not getting my PhD equaling failure were and are utter bullshit. Why do I say that? Here is what happened once my head cleared, I got the emotional cobwebs out and started to assess what I wanted to do.

I wanted to keep studying culture, I wanted to be involved in technology and I wanted to get my hands dirty using anthropology to actually do something. First I got a job working full-time at the university as a computer jock, and I started by regaining my life: I got involved in the local old-time and Irish music scene in the area, I made friends that had nothing to do with anthropology, I worked with a friend leading canoe trips on the local river and started rock climbing and generally having a pretty happy life.

And I also did research, lots of research into the life I wanted. I scanned journals and periodicals, professional trade journals looking for any connections of people working in anthropology or social science and technical fields.  Design Anthropology was in its infancy then, and I was lucky enough to find an article about some anthropologists combining anthropology and technology skills to help companies develop new products. Then by coincidence, another graduate student appeared in my office and showed me an article about the very same company and said “I think I found your job.” She was right of course, after that it was just about the job hunt (another long post). Was all my education and training a waste? Hardly. I was a trained anthropologist, with extensive technical expertise, had years of experience watching how people interact with technology, and had a couple of years’ experience in a consulting environment from my previous graduate degree. Those were all qualifications people were looking for. Once I cracked the code of what I wanted to do, and where it was valued, I was fielding multiple offers precisely due to all the effort I initially thought I had wasted by not getting the PhD.

For me, it was far and away the best choice then and is now. I have had a great career, multiple actually, and for all of them that MA in anthropology has been a major factor in my getting those positions. At this point, I really don’t have a personal or professional need for a PhD, and a vanity PhD seems like a waste of everyone’s time on already strained university budgets.

View all posts by mark

2 thoughts on “Why I Chose Not to Get a PhD”